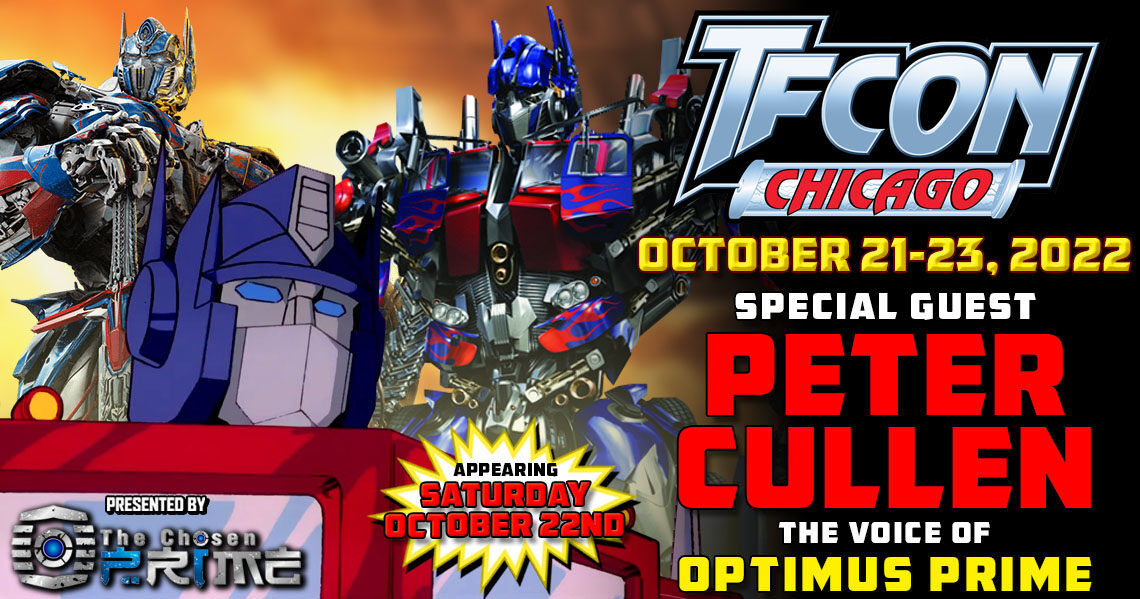 TFcon is proud to announce pop culture icon Peter Cullen, best known to the world as the voice of Optimus Prime in the original 1980s Transformers animated series, reprising the role many times since 2007, as a guest at this year’s convention in Chicago. Peter will be signing for fans and taking part in a special Q&A panel on the Saturday of the convention.

Peter Cullen is presented by The Chosen Prime.