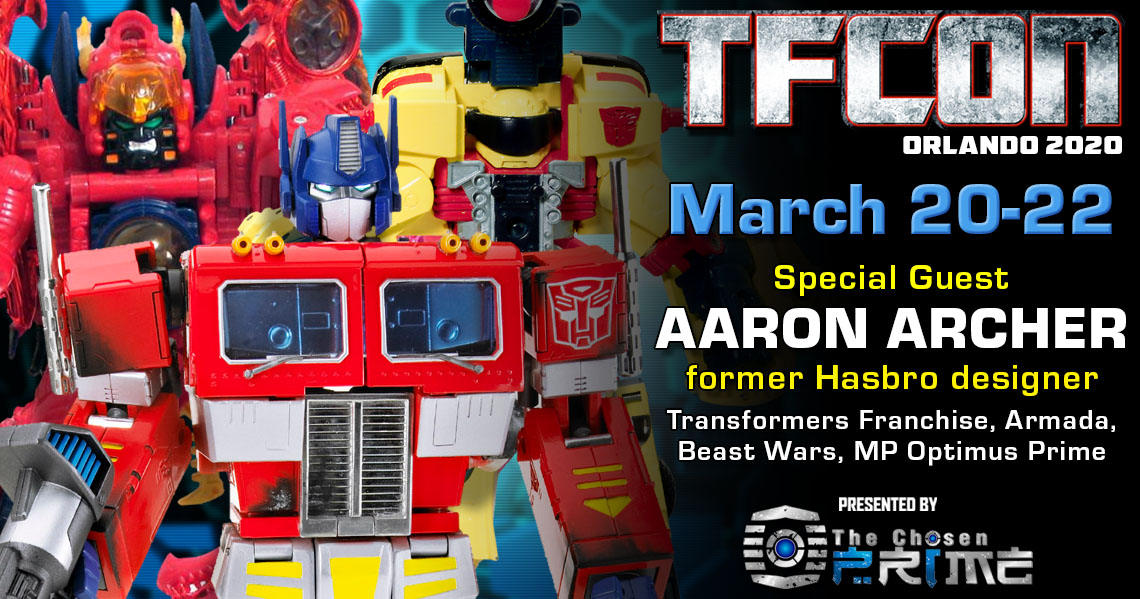 Toy designer and character creator Aaron Archer spent 18 years (1995-2013) at
Kenner/Hasbro. During his career at Hasbro/Kenner Aaron worked on a variety
of unique brands including Star Wars Ep1, GI JOE, Kenner Batman, Alien
Resurrection, Jurassic Park 3, and many others of that era. Aaron spent a total of
14 years on the Transformers Franchise, starting during the Beast Wars era and
becoming creative leader during the Unicron trilogy, creator of the Alternators
and Masterpiece lines, He helped to create dozens of characters and hundreds
of toys. Aaron worked as a creative partner across the Transformers and GI Joe
feature films, toys, video game, publishing, rides, and animation projects.

Aaron shares his creative experiences and creation methods during speaking engagements and will be hosting a special ticketed workshop at TFcon Orlando 2020. He will also be taking part in a Q&A panel and doing commissions all weekend long. Aaron Archer is presented by The Chosen Prime.

UPDATE: Unfortunately Aaron will no longer be able to join us at TFcon Orlando 2020.