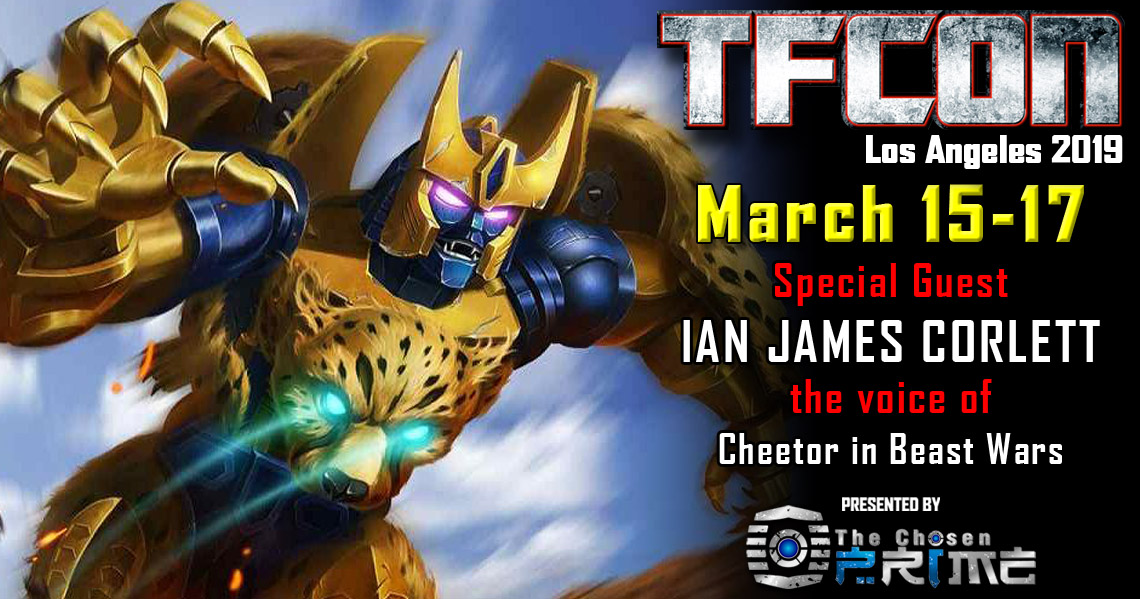 TFcon is happy to announce that Ian James Corlett will be a last minute guest addition to the 2019 convention in Los Angeles. Best known to Transformers fans as the voice of Cheetor in Beast Wars and Beast Machines he will be appearing for select signing windows during the weekend meeting with attendees.

Ian James Corlett is presented by The Chosen Prime.