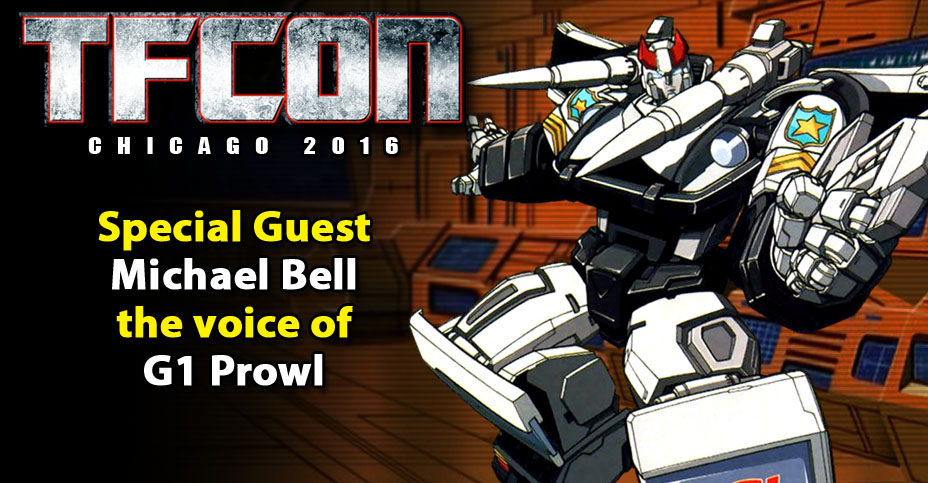 We are happy to welcome the voice of Generation 1 Prowl and Sideswipe Michael Bell to TFcon Chicago 2016. He also voiced Bombshell, Brainstorm, First Aid, Gort, Junkion, Scrapper and Swoop in the same series. He then returned to the characters of Sideswipe and Scrapper for the video game Transformers: Devastation. Fans of the 80s will also remember him as the voice of Duke in GI Joe, Lance in Voltron, plus Grouchy, Lazy and Handy Smurf in The Smurfs.

Michael will be taking part in Q&A panels and autograph sessions with the attendees of the world’s largest fan-run Transformers convention all weekend long.