Dealer registration is now available for TFcon DC 2017. For those of you that were looking to sell at the world’s largest fan-run Transformers convention now is the time to book, you can contact us now to reserve your space. Dealers from last year have automatically been sent the on-line registration information.

Registration for attendees will be available in the near future.

The TFcon DC 2017 hotel block is now available. You can book your room via the 2017 hotel reservation website at https://aws.passkey.com/go/TFconUSA2017  Alternatively you can book your hotel room for TFcon USA 2017 by calling the Hyatt Regency Reston direct at 1-703-709-1234. When booking by phone, please ask for the TFcon rate to receive the discount.

The group rate is good for September 25th to October 5th, 2017 at the price of $149 per room. No deposit is required to reserve your room now. You have until the day before your reservation to cancel your room if you can’t make the convention. 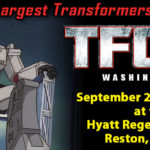 Save the dates! TFcon – America’s largest fan-run Transformers convention will take place in the Washington DC area the weekend of September 29th to October 1st, 2017. TFcon USA will take place at the Hyatt Regency Reston in Reston, Virginia.

The hotel is located down the road from the Washington Dulles International Airport which is next to the Steven F. Udvar-Hazy Center (National Air and Space Museum), home to thousands of aviation and space artifacts, including a Lockheed SR-71 Blackbird, a Concorde, and the Space Shuttle Discovery. The center made its first media appearance in the 2009 film Transformers: Revenge of the Fallen, and the SR-71 that is on display in the museum was used as the Autobot Jetfire. 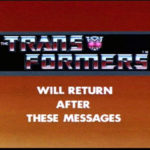 TFcon would like to thank everyone for their contributions this year. Thanks to all our guests for sharing the weekend with us. Thanks to all the companies who contributed to the product preview panel and sent in samples. Thanks to the exhibitors for bringing their goods. Thanks to the staff and volunteers that work tirelessly to execute the convention every year. And of course thanks to the attendees who came out and made the event a huge success. 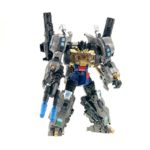 FansProject LER-04 Severo (SP) Diaclone Edition exclusive will be at TFcon Chicago 2016! Look for it at the FansProjectCore booth in the largest TFcon dealer room ever. 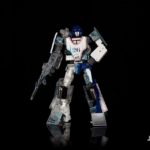 We are happy to reveal the TFcon Chicago 2016 exclusive PS-01S Sphinx Stealth Alternate Version which will be available to attendees at the Ages Three and Up booth at this year’s show. It is a complete reverse of the Toronto exclusive and limited to only 500 pieces. This figure will come individually numbered, will never again be issued in this type of scheme and will retail at $120. 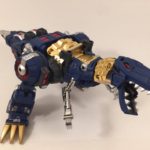 The TFcon Chicago 2016 custom class will be using a FansProject LER-04 Severo figure and transform it into a G2 deco. In this limited custom class you will learn how to take apart your figure, prep the plastic and repaint it into a whole new paint deco. All supplies and tools needed are included in the class. Limited tickets for this event are available via the TFcon registration page. This event is sponsored by FansProject with proceeds going toward charity. 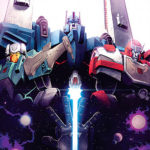 We are happy to welcome IDW Publishing colorist Josh Burcham to TFcon Chicago 2016. Transformers fans will recognize his work from the pages of Transformers More Than Meets The Eye and dozens of other one shots and mini series. He will be in attendance all weekend and offering prints and commissions to the attendees. 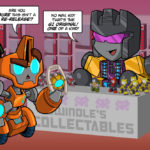 TFcon is pleased to welcome Matt Moylan to TFcon Chicago 2016. He is best known to Transformers fans as the man behind LilFormers and a former editor and post production manager for Dreamwave Productions. You can meet him in the TFcon Chicago 2016 artist alley all weekend long. 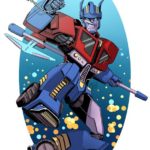 She will be in attendance all weekend and offering prints and commissions to the attendees.