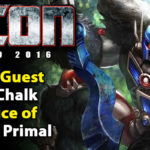 Happy 4th of July America! We are very happy to welcome Transformers voice actor Garry Chalk to TFcon Chicago 2016. The voice of Optimus Primal in Beast Wars and Beast Machines and Optimus Prime in the Armada, Energon and Cybertron cartoons, he also voiced Generation 1 Megatron in an episode of Beast Wars. Additionally he is known to GIJOE fans as the voices of Pathfinder and Metalhead in G.I. Joe: A Real American Hero, and He-Fans as the voices He-Man in The New Adventures of He-Man, and Man-at-Arms in the 2002 He-Man and the Masters of the Universe. Mr. Chalk will be taking part in Q&A panels and autograph sessions with the attendees of the world’s largest fan-run Transformers convention all weekend long. 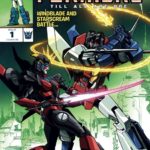 The TransMissions Podcast Exclusive cover variant of the newest Transformers Comic: TILL ALL ARE ONE #1 will be available at both TFcon Toronto 2016, (July 15th-17th) and TFcon Chicago 2016, (October 21st-23rd). The cover is by Alex Milne with colors by Josh Perez, and is an homage to the classic US G1 Marvel Transformers #18. 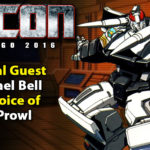 We are happy to welcome the voice of Generation 1 Prowl and Sideswipe Michael Bell to TFcon Chicago 2016. He also voiced Bombshell, Brainstorm, First Aid, Gort, Junkion, Scrapper and Swoop in the same series. He then returned to the characters of Sideswipe and Scrapper for the video game Transformers: Devastation. Fans of the 80s will also remember him as the voice of Duke in GI Joe, Lance in Voltron, plus Grouchy, Lazy and Handy Smurf in The Smurfs.

Michael will be taking part in Q&A panels and autograph sessions with the attendees of the world’s largest fan-run Transformers convention all weekend long.

TFcon along with Andromeda Consultants are proud to establish a special convention airfare discount with United Airlines for travel between 10/16/2016 to 10/29/2016 anywhere in the world to Chicago Airport (ORD), United will offer a discount up to 15% off depending on fare class and city of origin.  You may book online at www.united.com and enter your Offer Code ZWFR592102 in the Offer Code box when searching for your flights.  If booking through a travel professional or United Meetings at 800-426-1122, please give them Agreement Code: 592102 & Z Code: ZWFR.  We respectfully request you to enter the promotion code in even if the code does not impact your pricing so we can see the volume to help us to plan better and get higher discounts for future years. Dealer registration is now available for TFcon Chicago 2016. For those of you that were looking to sell at America’s largest fan-run Transformers convention now is the time to book, you can contact us now to reserve your space. Exhibitors from TFcon Chicago 2014 and TFcon Charlotte will automatically receive registration info emailed to them.

Registration for attendees will be available in the near future. 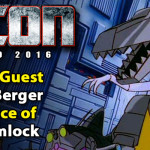 We are happy to welcome the voice of Generation 1 Grimlock Gregg Berger to TFcon Chicago 2016. He also voiced Skyfire (Jetfire), Long Haul and Outback in the same series. He thenreturned to the character of Grimlock for the Fall of Cybertron video game as well as Transformers: Devastation.

Gregg will be taking part in Q&A panels and autograph sessions with the attendees of the world’s largest fan-run Transformers convention all weekend long. The TFcon Chicago 2016 hotel block is now available. You can book your hotel room for TFcon Chicago 2016 by calling the Hyatt Regency O’Hare reservation department direct at 888-421-1442 or book online. When booking by phone, please ask for the TFcon rate to receive the discount. You can book your room via the 2016 hotel reservation website at https://resweb.passkey.com/go/TFCN

The group rate is good for October 16th to October 28th, 2016 at the price of $149 per room. No deposit is required to reserve your room now. You have until the day before your reservation to cancel your room if you can’t make the convention. 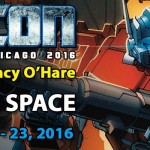 Save the dates! TFcon – The world’s largest fan-run Transformers convention will return to Chicago the weekend of October 21st to 23rd, 2016. TFcon USA will once again take place at the Hyatt Regency O’Hare in Chicago in an even larger location. Discounted hotel block information will be available shortly. Dealer bookings and registration information will also be available in the near future. 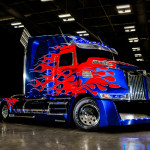 We are pleased to share the news that the Optimus Prime Truck from Transformers 4 Age of Extinction will be onsite at TFcon Charlotte this weekend to greet the attendees of America’s largest fan-run Transformers convention.